What is Industrial IoT or IIoT? 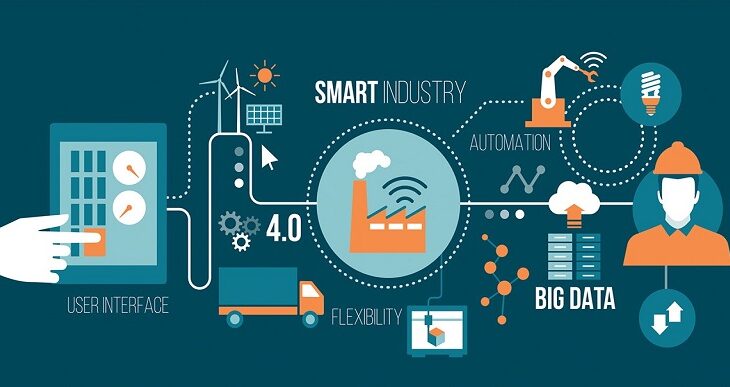 Internet is one magnanimous impact on mankind since the day it hit the limelight. Couple of days ago, I happened to come across a pun on the internet where, Alexa and Apple Home assistants placed in the same room started conversing with themselves, pulling each other’s legs, it seemed fun and fantastic imagining being in the picture and witnessing that!

Well, the idea of IoT is much similar to this analogy, only that it isn’t for fun but to make the assigned machine jobs to be more efficient and reliable. A machine to machine (M2M) communication and automation is often emphasized with IoT. Using this technology, in the manufacturing firms to make the work load much easier and improve the quality of the products and increasing the profits exponentially, itself, is my perspective of Industrial IoT!

The word ‘Sensing’ is one thing, that is directly associated with any of the concepts in the modern world. IoT is also, nothing but sensing and functioning. Technology is way more advanced today, than it was just yesterday! We are able to manufacture and use hundreds of sensors that will aid us in gathering a major amount of data for analysis and actioning purpose. IoT is mainly based on such data that is being gathered from these sensors in real time. The data that is received from these sensors from various areas of the industry is uploaded to one main data hub called Cloud. This cloud houses the real big data that will be used for analysis of work that is being done on field. This analysis report will further be used to make minor or major changes in the method of productions, number of units being produced, need of manual labor and finally to reduce the unnecessary costings being raised on the production.

India is a country that houses n number of career but stereotypes that often lead one to be forced into engineering. Hence, the importance of engineering is being lost! The most prior question that pops is that, are the Indian Industries ready for a change?

According to a report by Machina Research, by 2020, the global market for IoT is estimated to be $373 Billion; India contributes a total of just $10 Billion. Having launched the Make in India initiative, we need to pace it up and work harder to make things easier and reliable.

Couple of days ago, my grand father called me and we had a chat on ‘Robots’ and he insisted me saying “Robots are taking away the real jobs!” It was then I realized why we lack in adapting to newer technologies. The MNC culture of firing the employees has spread like a wildfire and the reason is wrongly conveyed.

“Skills are the Ultimate Strength in the Silicon Valley” enhancing our skillsets and adapting to a technology matters the most in the development of anything. India is a hub for human resource. With that mass of human resource in the same cradle, India can achieve heights in the field of IoT and IIoT.

How Indian Industries can Break the Wall of Uncertainty and Start Industry 4.0 Small?

3 Reasons to monitor temperature in an Industrial applications